Skip to content
How to restore the legitimacy of the Ukrainian military-industrial complex?
FLIR or Archer: which thermal imager to choose?
NEWS 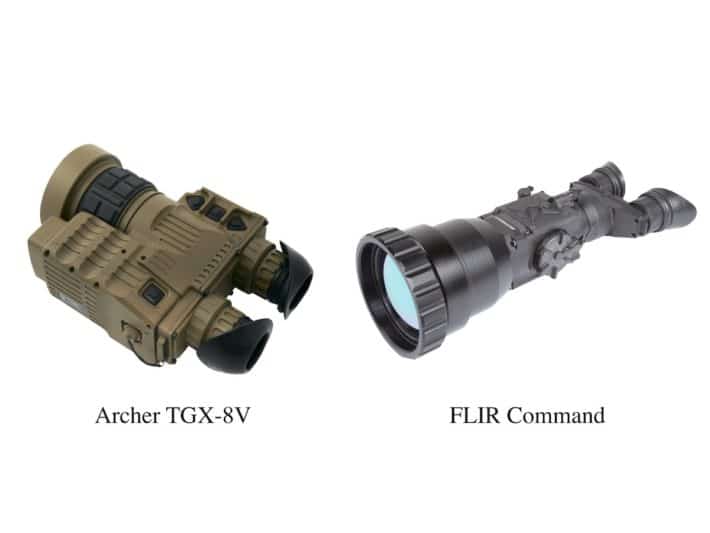 There is no doubt that the binocular camera, in contrast to the monocular, is better suited for using in continuous viewing. The person using a binocular imager would seem that binocular, compared to monocular, has an improved depth perception.

If you focus on the feedback of experienced users, of course, the choice is made in favor of the binocular thermal imager will be more pragmatic solution, especially when you need to carry out long-term observation in unfamiliar areas, as well as during searching events on the territory with difficult terrain. However, we should not forget that there are significant drawbacks to binocular imaging, in contrast to the monocular, are its dimensions, weight and price.

Manufacturers of thermal imagers: how to see the invisible

The fact is that there is no production of uncooled microbolometers in Ukraine. In fact, the number of countries that have mastered the technology for producing thermal imaging arrays in the world is not so much. Read more about this here.

Unfortunately, the Ukrainian company Thermal Vision Technologies, which produces thermal imagers under the Archer trademark on the official website, does not disclose its suppliers of thermal imaging matrices. Moreover, the transparency of the pricing policy of thermal imagers Archer leaves much to be desired.

On the archer.ua website the retail price of the Archer imaging is generally not indicated. And on the Internet resources of other organizations that sell the imagers Archer, the range of prices for the same model could amount to several thousand dollars.

FLIR Command or Archer TGX-8V, the problem of choice

In the process of choosing between binocular thermal imager FLIR series Command and model Archer TGX-8V series, the user, first of all, should pay attention to the following features: refresh rate, resolution, matrices and angle. These technical parameters are decisive in the selection of any thermal imager.

Image sensor directly affects the accuracy, volume and information content of received image, therefore, the fundamental parameter is the resolution. For special forces and special operations forces it is better to choose a device with high resolution. And the resolution of 336 x 256 pixels will suffice, for example, for private security companies, the chasseurs, or hunters. If we talk about using the thermal imager during movement on rough terrain (the search target, prosecution of the violator), it will be better to choose a thermal imager with a resolution of 640 x 512 pixels.

Meanwhile, the main advantage of the FLIR Command Series thermal imagers is the availability of a special module (AWReC – Advanced Wireless Remote Control) that allows you to perform searching work on the ground using remote control. The user can control the thermal imager remotely. This option is useful for special forces and border guards to equip hidden observation points.

The width of the viewing angle is also an important parameter, especially if it is necessary to orientate in unfamiliar terrain. In such of a situation, it is important to have the most complete picture of what is happening in front of your eyes. In addition, you should pay attention to parameters such as digital zoom and the number of temperature palettes. There is a comparative table with the technical characteristics of the mentioned thermal imagers below.

Taking into account the listed technical characteristics, as well as comparing the price level of FLIR and Archer binocular thermal imagers, we can conclude with certainty that the FLIR Command thermal imager differs favorably from the “Ukrainian” counterpart and will be appreciated by domestic consumers.